ABOUT ROY TUBBY, THE ARTIST

Ray Tubby, Roy’s son, was kind enough to share a little about his father, in order to give us an insight into the mind of the artist! 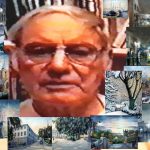 “My dad was born in London in 1922. He was the elder brother to two sisters and, although a very bright boy, he left school at the age of twelve and came to live with his uncle in Guernsey.”

“He worked in his uncle’s greenhouses until he was 14 when he returned to London. Here, he apprenticed to an engineer who built speedway motor cycles.”

“From there he moved on to be an engineer specialising in engine reconditioning. By the start of the Second World War he was Works Manager with about twenty blokes under him in a company that did a lot of work for the MOD. As a result he was given an essential works order and was therefore prevented from signing up.” 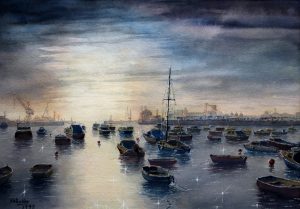 Ray continues: “I think he found this very hard to take, because all his mates were off in the Army or Air Force and young blokes walking around London out of uniform at that time were often looked at as being cowards and would sometimes get abuse. “

“He tried many time to get out of this works order but was never successful so he spent the war working twelve hour shifts in London, seeing all the horrors of the blitz, which affected him for the rest of his life.”

“By the end of the war he had met and married my mum. My brother was born in 1947 and I followed in 1950. We all moved to Guernsey in 1951 – my mum was originally from the Bailiwick – and dad got a job in a local garage working as a mechanic.” 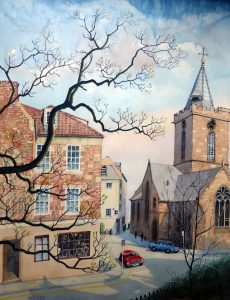 “In 1956, Dad got the opportunity to have his own business, and so R H TUBBY Motor Engineering was born. Dad was always a gentle caring sort of bloke at heart who loved people, but I think this was part of the problem. “

“People often let Dad down which he found it hard to take and so was often left disappointed. Like all of us, it is not until we recognise and accept our own selfish failings and flaws that we learn to forgive and love ourselves. And, only then can we then love and forgive others – this lesson was part of dad’s healing.”

“By 1958 the pressures of running his own business, along with all the other stuff that had gone on before, had taken its toll and alcohol was where he found relief. Sadly, addiction is a monster, and it just draws you in, so slowly his life fell apart and we – the family – were not immune to the fall out.”

Dad was never violent when drunk, but he was irrational, mouthy and abusive and, generally, not nice to be around. My mum held the family together and finally, Dad realised he had a big problem. So in 1968 he went away to rehab for, I think, 6 or 8 weeks. 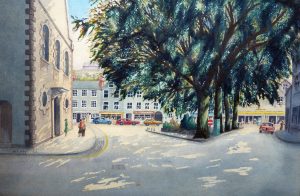 Here, he started painting as part of his therapy and, all credit to him, when he returned to Guernsey he joined Alcoholics Anonymous and never slipped for the rest of his life. I know that there are many that are grateful to him for the help he gave, working with AA.

Painting became a big part of his life and, it is a lesson for us all, that from the darkest place of despair the beauty of painting can arise.

Dad died in 2001 aged 79 from kidney failure, probably not helped by all the damage from the years of drinking. As for me I have no bad feelings toward my dad indeed as I get older. I only have more love and respect for him as I learn the lessons of life for myself.