I DON'T KNOW HOW TO COME OUT TO MY FAMILY & FRIENDS 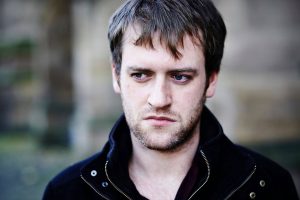 For many LGBT people (and for those who identify ‘differently’ in terms of sexuality and/or gender), coming out can be a big part of accepting their identity.

And while people are generally more accepting than ever when it comes to different romantic orientations and identities, coming out can still feel like a big deal.

At one end of the scale, it can just feel like quite a big announcement to make – something that might change the way people around you see you. And at the other, it can be intimidating or even scary – especially if you’re not sure how some people are going to react.

Taking away the pressure

The first thing to remember is there is no right or wrong way to come out!

You don’t have to do anything because you’re feeling any kind of pressure to do so – either from other people or because you feel you ‘should’ talk about things.

Likewise, it can be easy to put lots of pressure on yourself to tell everyone in your life and have a real, proper conversation with everyone you know. You might find the prospect exhausting or even terrifying.

Sometimes, it’s easier to tell just one person – someone you trust and who you know has your best interests at heart. This might be a member of your family, or it might just be a close friend. You could even start by telling a counsellor.

And if the idea of having a sit-down-heart-to-heart with someone makes you sweat, then don’t worry about it. If this is just something you want to get done, then sometimes it’s just as good to get things out clumsily and casually as it is to work your way up to some huge conversation.

Of course, it can be useful to pick a time when you’re likely to have a bit of a chance to chat things over after – when you’ve got time and space to actually talk for a while – not, for instance, when you’re about to say goodbye to someone, or when you’re in the middle of some other activity that requires your attention.

It’s also generally not a good idea to come out during an argument. If you tell people in the heat of the moment, they may associate the message with negative feelings – or may not believe that you actually mean it.

How do I deal with people’s reactions?

You can expect a variety of reactions to coming out. For the most part, people will be totally accepting. You may even find that they already thought this might be the case – it’s not uncommon for people to worry about coming out and then find that a lot of their friends and family had already figured it out anyway.

Some may take a little more time to come to terms with what you’re telling them. Sometimes this is as much to do with awkwardness or their ability to react to change easily as it is anything else. Some people may seem to try a little too hard to be accepting – and end up coming off a little insincere. Or some people may just not quite give you the reaction you were expecting – seemingly holding something back.

There is, of course, the chance that some people will be less welcoming. And if someone doesn’t appear willing to accept this part of your identity, you shouldn’t feel any pressure to try to convince them. We know this is easier said than done – talking about this kind of thing can make you feel very vulnerable, and it can be hard to stand up for yourself in moments like this – but it’s important to remember that your identity is something that belongs to you. If other people have a problem with it, that problem is theirs, not yours.

And it’s also important to remember that, no matter what someone’s initial reaction is, it can take a little while for this kind of information to sink in. People who appear reluctant or awkward at first may come round and start acting a little more naturally after a few days or weeks.

Sometimes, people may give you an unexpected reaction, but not for the reason you might think. You may find people become sad that you’ve had to keep this to yourself until now. It’s not uncommon for parents to worry that this will make things more difficult for you in future – an anxiety than can sometimes come out in the hope that it might be a ‘phase’.

Conversely, people who were really accepting from the off may still find they want to understand things a bit more as time goes by. Sometimes, change takes a bit of time to settle – so don’t worry too much if things feel a bit strange at first.

How we can help you

Remember, you can always get support – there is a lot of help out there.