COMMUNICATION HABITS TO AVOID IN YOUR RELATIONSHIP 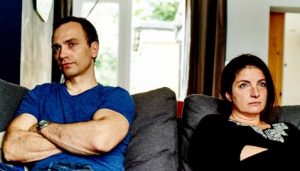 It’s all too easy to pick up negative communication habits when it comes to relationships. Who can say they’ve never raised their voice in an argument? Or unfairly accused their partner of something? Or even refused to engage in a discussion at all?

The thing is, if we’re not careful, these kinds of behaviours can create real difficulties. They can turn small problems into big ones, cultivate simmering, long term resentments and ultimately make it trickier to resolve things when a real crisis comes along.

It’s only by paying close attention to how well we’re communicating with our partner that we can nip stuff like this in the bud. Here’s four of the most common negative communication habits and how to avoid them.

We’ve all been there. Our partner comes into the room, sees we’re in a bad mood and asks us what’s wrong. And what do we say? ‘Nothing.’

For some reason, many of us have a tendency to assume our partner should be able to know exactly what we’re thinking without us telling them. It’s as if we’re testing them – asking them to prove they know us well enough to diagnose our feelings without any kind of verbal cue.

In reality, all this does is leave everybody feeling put out. The person being given the silent treatment feels like they’re being put in an unreasonable position and may become defensive. And the person giving it only makes their bad mood worse, convincing themselves that their partner has failed to rise to the test.

If there’s an issue that needs to be resolved, talking is always better than saying nothing. Be brave and be forthright: if it’s something that’s actually important to you, then repressing your concerns will only cause problems further down the line.

This video takes a look at what it’s like when couples don’t tell each other what they’re thinking:

When you’re annoyed with your partner, it can be tempting to act as if everything is their fault. We don’t like to acknowledge that every disagreement has two sides to it – and it can be difficult to accept that there may be whole lot of stuff we could be doing to make things easier.

But you’re much likely to be able to resolve problems if you take responsibility for your part in them.

Take a look at this video about how couples can perceive a disagreement in totally different ways:

If you find yourself phrasing concerns in terms of what your partner could be doing differently, saying things like ‘you always’ or ‘you never’, stop – and try using ‘I’ words instead: ‘I feel’, ‘I would like’ and so on. This will help you focus on your own feelings – and communicate to your partner that you’re willing to see both sides of the discussion.

Not controlling your emotions

It’s no surprise that many of us lose our temper talking things over with our partner. It can be scary to think about what will happen if we disagree on something really important. Overstating our case can sometimes feel safer than actually opening up a dialogue.

But shouting or using aggressive language won’t help your partner to understand you any better. In fact, the opposite is much more likely the case.

It’s much better to try to control how we express ourselves. Be careful not to raise your voice if your can help it, and watch out for using negative or aggressive body language. Things tend to go a lot better if both parties feel they’re being listened to – not attacked.

Not picking your battles

Is what you’re arguing about actually something that’s important to you? If you find yourself fighting over every little thing, your relationship may end up becoming a seething battleground of defensive behaviour – and your partner will struggle to take you seriously when it comes to something you actually feel strongly about.

Learning to let go of the little things can be as important as learning how to talk about the big ones. If it’s something that, really, isn’t really that big of a deal, try to give your partner a little bit of leeway. After all, there’s probably a lot of stuff you do that annoys them too!

How we can help

If you’re finding it hard to talk about any tricky issues, Relationship Counselling, offers a safe and confidential space where you can be open and honest.